Americans For Medical Advancement (AFMA) is focused on improving healthcare by improving research. By using scientifically viable research methods we hope to see safe and effective drugs brought to market faster and cheaper. Studying diseases in animals in hopes of predicting human response, developing drugs based on the misconception that animal studies are predictive for humans, and testing drugs for efficacy and safety in animals are not viable ways to develop drugs.

AFMA is a not-for-profit, 501(c)(3) organization that promotes biomedical research and the practice of medicine based on critical thinking and our current understanding of science. AFMA focuses on 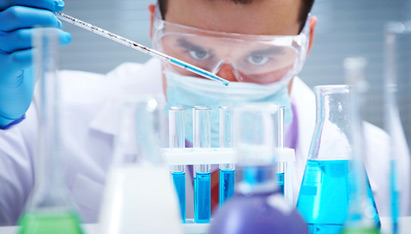 biomedical research that is funded with the view of advancing medical care for patients. In this context, the areas of science we find most neglected include evolutionary biology, evolutionary and developmental biology (evo devo), complexity science, personalized medicine, and genetics. We also emphasize the importance of critical thinking and the philosophy of science vis-à-vis research and clinical medicine.

While our primary focus is the advancement of investigative methodologies that lead to cures and treatments for human diseases, we are also concerned with research areas that overlap and influence these methodologies. As such, AFMA is opposed to research practices that have been shown to be scientifically invalid—specifically, the use of animals as predictive models (also known as causal analogical models) for human response to drug and disease.

In evaluating which purposes animals can legitimately be used for in science, and which purposes are not scientifically viable, AFMA’s position is that animals can be used successfully for many scientific endeavors, including traditional dissection in pre-college biology classes in order to learn the fundamentals of anatomy, for basic research as traditionally defined, as bioreactors, as heuristic devices, and to provide tissues for human use (such as heart valves from pigs), among others. However, animal models offer no predictive value in terms of human response to drugs or the pathophysiology of human disease.

In order to appreciate the nitty-gritty science behind Trans-Species Modeling Theory (TSMT), the succinct statement of AFMA’s position, one needs an understanding of science that is rarely observed outside of those with formal training in advanced science. In fact, in order to appreciate the implications of TSMT, one probably needs a doctorate in science. A very broad, excellent, and recent undergraduate science curriculum might be adequate in some cases. However, if a person wants to communicate TSMT, either in terms of supporting it or opposing it, there is going to be a lot of required reading. Merely having a doctorate in a field of science or a recent, broad undergraduate science degree from an excellent institution will, in all likelihood, still be insufficient to effectively communicate TSMT in a manner that does not rely on fallacies or an inaccurate description of current scientific principles and facts. One needs knowledge of the specific topics of complexity science and evolutionary biology, in addition to a broad background in science in general, in order to converse knowledgably on TSMT.

This website describes the position of AFMA and can be considered an introduction to the topic of using animals in research, testing, and science in general. The Resources section will lead you to books and articles that explore the topic in more depth.